This was the fifth version of the S-38 series and the first to feature the 'slide-rule' type dial - a marked departure from the original two half-round dial shape designed by Raymond Loewy.

This is a major cosmetic change but, electrically, the set is identical to its S-38C predecessor and its close-cousin, the 5R10A.

However, there are still separate tuning scales for 'Bandspread' and 'Tuning' - giving the set an some selectivity when band cruising. Also, another distinctive feature, is the use of the two 'CD' markers (example shown left) at 640KHz and 1240KHz to show where the listener should tune for 'official civil defense news, instructions and information' as the manual puts it. If this seems strange, remember we are talking about an American radio from the era of Sputnik, 'duck-and-cover', the paranoia of 'Dr Strangelove', ConelRad monitors and much more Cold War paraphanalia.

But what else of this distinctive set...?
Hallicrafters S-38 series radios are extremely sturdy examples of 1950s electronics. As a descendent of 1930s radio design - and even with thirty to fifty year-old tubes, resistors, capacitors, and switches - the radios still work well and can rival the sensitivity of newer radios. They are very simple designs and do have some of the usual quirky characteristics of tube radios - which don't occur (or occur as readily) with their transistorized brethren.

The S-38D is very sensitive, tunes clearly, has a good, rich tone - a characteristic of most tube sets. However, the speaker is a 4" paper cone model, producing about 70dB at 30cm (12"). The radio has a provision for a two-prong phone connector, the type that pre-dates coaxial and RCA jack audio connectors. The radio runs off of either AC or DC, running from 105 to 125VAC or VDC into the power plug but, as with all 'series-string' type tube radios (that is, ones without power transformers), the upper limit of the voltage input must be closely observed.

These radios have adjustable coils and trimmer capacitors, making them relatively easy to align - but each of the four bands needs to be aligned individually. In testing with a variety of antennae, the S-38D seems to receive proportionally to antenna length/area. The bigger the antenna, the better it receives. In the AM broadcast range, it is very selective and seldom overloads. The tuning also comes with a simple 0 to 100 logscale bandspread, which offsets the tuned frequency by a few kilocycles.

One interesting point about the design of the S-38D (and the 5R10A from which the S-38D is an extremely close, nearly identical, cousin) is that it doesn't propagate static with the same amplitude as most transistorized units. When there is no signal, the S-38D very quietly hisses. When tuning onto a signal, the signal comes clearly and loudly through the speaker (loudness is proportional to the "VOLUME" knob). From a distance, the detector quiets down AF output in effect (but theoretically different) like a modern squelch when a station ends transmission or the radio is tuned off-frequency.

The display sidelight is driven by the voltage difference from the radio's tube regulator through two resistors. Changes in line voltage directly affect the brightness of the light, and during power-up the changes in heater current and electrical flow through the circuit cause the bulb to glow softly, then dim greatly to an orange filiment, then brighten steadily as the tubes warm up.

The radio has no printed circuit boards. The electrical components are directly soldered to the lugs on the tube sockets, to the switches, or to each other. It looks a little like a rats nest of components compared to the relatively highly ordered PC boards, but it works fine.

For what it does, the S-38D is pretty good, but there are a few annoyances even from a 1930's through 1950's perspective. First, the radio has a tendency to image on strong signals. Particularly noticeable in CW mode, the radio will quietly heterodyne more signals than are actually there. However, this is minor and images are weak compared to on-frequency signals.

The lighting on the dial glass is on the extreme left of the scale, overlighting the first 1/8th of the left side and maintaining an insufficiently dim glow over the rest of the scale. The placement of the bulb has a traditional bias which carries back to the 5R10A, which had a blackfaced display better suited to the sidelighting.The sidelight is affected by inrush current and changes in line voltage. If the radio is turned off then back on quickly, the sidelight will become extremely bright for about half a second, then gradually dim down to it's normal glow. Too many cycles like that will burn out the bulb's filament.

The radio has very good selectivity, but being a vernier dial, one doesn't exactly know what frequency the radio is actually on +/- about 2 kHz. Also, the radio drifts typically when cold, and when the temperature of the radio's components change. In still air after a few hours to warm the case and chassis the radio stabilizes. 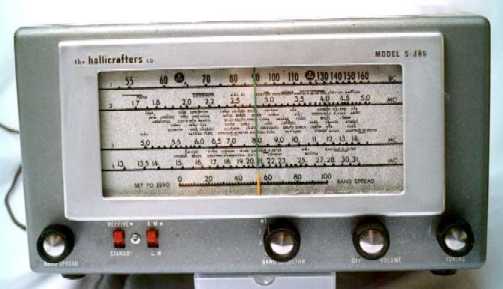 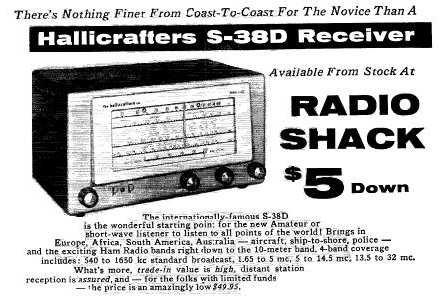 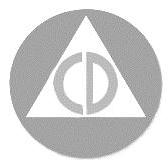